Thank you for your interest in my research!

I'm Anna and I'm a student at the Kaunas University of Technology; my research is going to be focused on Euthanasia and what people think about this topic.

The questions will be submitted through a questionnaire and will include not only the respondent's thoughts about euthanasia, but also information about their gender, their age and the personal background of their lives.

The questionnaire is specifically addressed to people from 18 to 60 years old and it will include mostly closed-ended question where to choose just one answer, the one closer to the respondent's opinion. There will also be spaces where to share and explain personal opinions.

This questionnaire is totally anonymous and the respondents are free to answer to whatever they prefer.

The respondents will be given a 10 euros gift card to use in every lithuanian supermarket.

My e-mail is: [email protected], please don't hesitate to contact me in case of questions, problems or curiosity of every kind.

Thank you for participate! 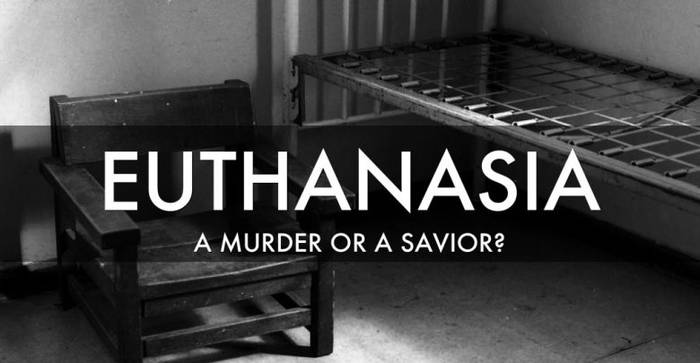 I would, because I think it’s his right to do what he decides with his body/life and I would respect his choice to end meaningless suffering
I’ll try to convince him not to do it. Maybe he could enjoy living his remaining life , if he sees things from a different point of view. However I won’t do anything to stop him, if he is sure 100%
Yes, because he is the one who is suffering and not me. I could never let someone suffer just so I could spend more time with them. It is not my choice in this case.
If the illness makes his life worse- yes. It's his life, and if the disease is killing the person I love and there is nothing that could be done to save him i would support his decision 100%.
If he is totally conscious and he takes this decision I would respect his "wish"
Yes, with respect for this choice. But I think that the most important thing is support him and stay close to him
Probebly yes, because I respect his/her choice, and don't want him/her to suffer from the pain
Yes
yes, because it’s his life, not mine
If he/she can still express a preference I think he/she only can decide what’s best for their life. I would not go against their will and let them take their decisions.
Depends on the illness. If that person is suffering, and the illness is just progressing, and is not possible to cure - yes, i would let that person to end their life with euthanasia.
In such cases, the life of the patient is not reaching the quality of life levels that assure them a enjoyable life. Forcing someone to live a painful life is less ethical than provoking their death in order to stop their suffering.
Dopo aver ascoltato il parere di esperti che appunto lo rendano completamente conscio della sua situazione assolutamente si
Yes, his/her life, his/her decision.
Yes because everyone has the right to decide about their lifes
In this case maybe I wanna kill him or her with one fucking gun
Yes. Because it is his/her life, we cannot understand what that person goes through
Sure. It's just his will.
I suppose so. Expecially if it could end the pain. You cannot choose about another people health and life, because you don't know how it feels.
I think is insane to force someone to live a suffering life.
Yes, because we’re talking about HIS life, so only HIM can decide.
Difficult. Depends on the situation. But generally, yes. If I trust his/her/its judgement.
yes i would because it would be more painful for me seeing him in bad conditions, knowing that he isn’t living his best life, than knowing that he is in a better place finally free from any pain
Yes, because just suffering is not living
Yes
HE has the terminal illness not me, so it’s difficult for me don’t let him do that thing
Si perché è libero di decidere
Yes. It's hard for me, but if I would be sure he is not changing his mind.
yes, when the pain is too strong to bear it is right that the patient decides not to suffer anymore
Yes, if its his decision I would let him end. I think is better to end the life when you are quite right that die after month or years of suffer.
He stops his suffering and stops his pain
Yes
Yes, because it would be his or her own decision and I would respect it. I'm not the one who is ill so I don't have any right do decide.